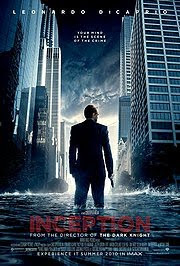 The most highly anticipated film of the summer (which, folks, let's be honest, that ain't saying much this year!) is also one of the most unique original films ever created. Director/screenwriter Christopher Nolan ("Memento"; "Insomnia";"The Dark Knight") had the idea knocking inside his head (dreams?) for about 10 years and the results are ingenious, spectacular, thought provoking, intriguing, entertaining, and yet, stupefying. If a film ever required multiple viewings this one is at the top of the list. And a bit of a warning: Do not, I repeat, DO NOT, walk into this one not prepared to give it your 100% attention. And if you need to make a bathroom run (please note the running time), you can forget about it. That being said, this is one amazing trip into the landscape of dreams-yours and everybody else's.

The basic premise: Dom Cobb (Leonardo DiCaprio successfully playing yet another character who is in constant anguish & angst) is a master of dream sharing &, therefore, is capable of stealing ideas from the minds of others-corporate mind thievery or espionage. An extractor, if you will. We quickly find out, also, that his wife is dead and that he's on the lam, internationally, unable to return to the U.S. to see his children-other than in his dreams.

He's given the opportunity to get into the U.S. safely by Saito (Ken Watanabe) who believes, by using his techniques, he can, instead of stealing an idea, implant an idea (inception) into a rival's dreams in order to change the course of his conscious actions when the rival's rich father dies. If Cobb agrees and ultimately succeeds, Saito knows enough people who can get him through customs and back to his children.

Got it? Well, that's the basic set-up. What follows next is the recruitment and placement of the "heist" team that will accomplish this task by entering/creating a dream within a dream within a dream. In other words, three levels down. The target? Robert Fischer Jr. (Cillian Murphy), who is about to inherit his father's empire. Saito intends to benefit if Fischer is convinced to split up his newly acquired energy empire. Still with me? Although the premise is straight forward, the execution not as much so. There is a lot of explanations as to time warping between levels (one level down, 5 minutes of dreaming becomes 1 hour-but 3 levels down, those 5 minutes turn into years); consequences of dying in your dream; how to wake up from the dreams; objects taken with you that can reveal whether you are in the real or dream state; etc. All the dialogue demands total attention and then some to piece together & make sense of the logic in Nolan's mind (hence my suggestion of repeated viewings).

The supporting cast is generally terrific but I had wished more time was available for richer character development. Joseph Gordon-Levitt (most recently starring in last year's terrific "500 Days of Summer") is Arthur, Cobb's point man and confidante; Tom Hardy is Eames, master of disguises; Yusef (Dileep Rio) is the chemist who is responsible for the strong sedatives needed for the operation; and, the weakest link in the group, Ellen Page (What?? Juno?!) is Ariadne, the young architect recruited to "build" the dream mazes in each of the levels. Playing Cob's deceased wife, Mal, is Academy Award winner Marion Cotillard ("La Vie En Rose") who provides the emotional thread that drives Cobb's motivations throughout. She tries to convince Cob to join her forever and ever in dreamland by constantly reappearing, uninvited, in all of his dreams. Not a good idea when you are three levels down and continually interfering with the mission. Competent cameos are provided by veterans Michael Caine and Tom Berenger.

For me, there are a couple of problems-the most annoying of which involves the soundtrack. There is no question that Hans Zimmer, who has composed scores for countless films and who has been nominated for 58 awards while winning 48 (including the AA for "Lion King"), is at the top of his game. However, for some reason, his music is placed incessantly throughout almost every frame-often rivaling and practically drowning out the dialogue. It eventually became, for me, an unwanted character. In a film requiring total concentration, this was a huge distraction. Also, the decision to make each dream sequence an individual action movie in itself seems preposterous (mine do have quiet moments from time to time). However, it does succeed in sustaining one's interest. Sort of. The final reel involving a shootout in the mountains goes on way too long and I found myself practically zoning out. Cutting this one by 1/2 hour at least would have been my preference. Also, in the end, I didn't have the emotional connection I should have felt after spending so much time in dreamland.

During my initial visit to Sundance in January 1999, I happened upon The Treasure Mountain Inn on Main street-home of the alternative film festival in Park City-Slamdance. They were presenting the major award winners chosen the the night before. I hunkered down in a room with about 75 folding chairs for 4 consecutive screenings, one of which was a fabulous small black and white film entitled "Following" which had won the Cinematography Award (put that on your rental list-it is wonderful). Afterward, the blond haired English director conducted a Q&A for this, his first feature film made for a paltry $6,000.

Despite the minor flaws, how he put on screen ideas that originated right around the time I was sitting in that small room in Park City is pure genius. However, it will be interesting to see how widespread the appeal will be with the viewing audience. Although "Inception" is an action movie at heart, there all so many intellectually challenging convolutions to deal with, that, I fear, this film might be lost on a major segment of the target audience. 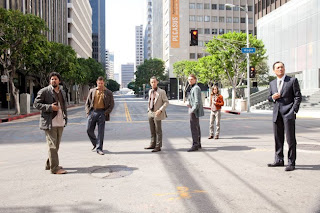 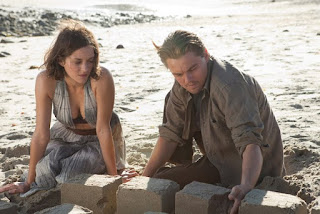 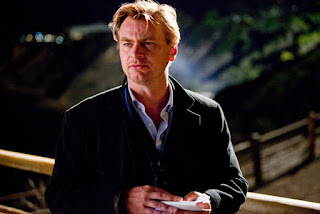