Wrapping up the 48th series of Cinema Sundays is the highly anticipated 2nd film in Stieg Larsson's best-selling trilogy. After the richly deserved phenomenal success of "The Girl With the Dragon Tattoo" (which has earned over $100 million worldwide), the advance screening drew a nearly sold out audience to The Charles (many of whom raised their hands when asked by moderator Jonathan Palevsky if they had read the book) and, although the film doesn't quite measure up to the first, the bottom line is it is worth seeing nonetheless.

Returning stars Noomi Rapace & Michael Nyqvist reprise their roles as the mysterious professional hacker Lizbeth Salander and investigative journalist Mikael Blomkvist, respectively. When we left her at the conclusion of the first film, Lizbeth had left Sweden and relocated to a tropical paradise in "exile" for the past year after successfully transferring a considerable sum from her latest target's bank account.

Back in Sweden, Mikael is putting together a team of players investigating a sex-trafficking ring that has inundated Sweden's highest political and social echelons. Meanwhile, Lizbeth is forced to return to Sweden to remind her government-assigned guardian that he wasn't living up to the bargain she laid out in the first film. (I won't expound on this if you haven't seen the first installment. And, by all means, you don't want to miss seeing it on the big screen. Folks, there is a reason it is still playing in many U.S. theaters months after its release, including The Charles here in Baltimore!)

After arriving, she discovers that her fingerprints are on the gun that was used to murder 3 people, including said guardian. Knowing who is behind the killings (a major plot point that differs in the first when the mystery is not resolved until the end), she starts the process to try to clear herself by trying to lead the cops, & Mikael, to the rightful killers. She again works with Mikael-albeit from afar this time around, leaving clues for him so as not to reveal her whereabouts while in hiding. And, unfortunately, that is one of the problems I had with the 2nd installment: their chemistry together in the first, never has a chance to reignite in the latest.

Several blanks about Lizbeth's past are filled in through the use of flashbacks, and included are several, literally, kick-ass encounters involving a hulking James Bondish-type nemesis (Micke Sprietz) who has been born with an unusual malady: he can't feel pain. And the use of computer technology, a prominent "character" in "Dragon", is utilized but it is not the main focus of this one-another disappointing component for me. And, of course, the ending is open ended, allowing for the continuation in "The Girl Who Kicked the Hornet's Nest" due to be released in October.

Although the leads are back, unfortunately, not the director. Daniel Alfredson, replaces Niels Arden Oplev for the last 2 films in the series, and here he has inserted, in my opinion, several Hollywood-type roll-your-eyes moments that were totally absent from the original. And if you haven't seen the first film or read the book, you might be somewhat lost for the first half hour trying to connect all of the dots while trying to keep up with action and characters that come in and out of the busy screenplay.

Despite these irritations, you will not be bored and the continued incredible presence of Rapace is worth the price of admission. She is certain to earn an Oscar nod.

The wonderful post-screening Q&A, led by Baltimore Magazine Managing Editor/Film Critic Max Weiss, was starkly different from the one following "Dragon". Where those who read the first book found little fault with the first film, despite its translation of over 800 printed pages(!), this audience did voice problems with this version.

The totally unnecessary Americanized version of "The Girl With the Dragon Tattoo" is being made next year and due to be released in 2012 with the great David Fincher ("The Curious Case of Benjamin Button"; "Zodiac") directing English actors (are you sitting down?!) Carey Mulligan ("An Education") and ex-Bond Daniel Craig. Thus proving, once again, the trouble Hollywood has coming up with original ideas, feeding upon brilliant works originating in a foreign land. Don't get me started! 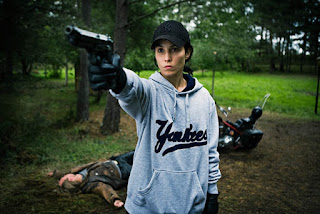 Noomi Rapace returns as Lizbeth, the girl with the dragon
tattoo 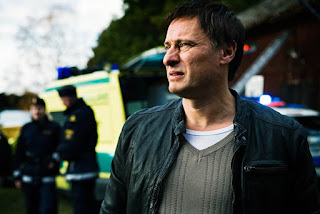 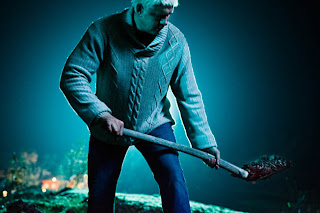 The nearly sold-out crowd at The Charles,
home of Cinema Sundays, anticipates the
next film in the trilogy 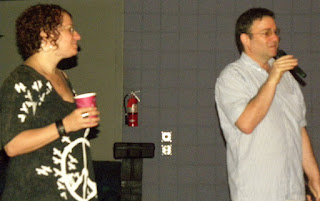