Stephen Knight is best known as a screenwriter, having written scripts for two outstanding films, Dirty Pretty Things (2003) and Eastern Promises (2007).  Here he also grabs the director reins for this minimally constructed movie that carries a powerful emotional punch throughout its taut 85 minutes.

It is nighttime and Ivan Locke (Tom Hardy) is leaving his job as a construction overseer.  He gets into his car and immediately approaches an intersection where he momentarily ponders whether or not to turn left or right.  We soon learn why he had immense difficulty in making that decision.  Once that turn is made, the film travels his 90 minute route to London, practically in real time, during which a series of conversations and choices will be made that will have incredible implications for every aspect of his life from that point forward.

It is imperative that, for us to be involved, this actor must have the talent to keep us invested.  In this regard the ruggedly handsome Englishman delivers the goods in spades.  His riveting multilayered performance as a man totally in control of his life only to see it collapse piece by piece, is the glue that keeps this one-man show together.  Hardy shows a remarkable subtle range of emotions that makes it all believable and will have you empathize with his choices and predicament.  And cinematographer Haris Zambarloukos creates a hypnotic swirl of lights and camera angles that helps to create the claustrophobic milieu of a man dealing with extreme drama inside his BMW.

Locke is a kind of gimmicky film that works and that will certainly establish Tom Hardy amongst the acting elite. 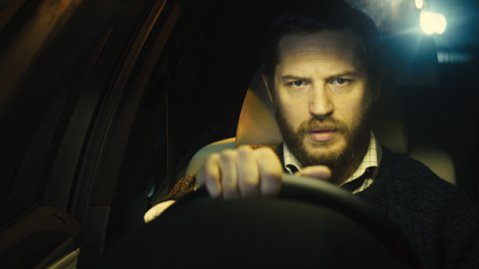