At last years' AFI Documentary Film Festival and also the inaugural Investigative Film Festival, I screened a somewhat unbalanced documentary entitled Drone.  The Swedish-made film began by outlining the history of drone warfare by the US and CIA, then disturbingly recounted its current affects on innocent civilians as well as those unfortunate enough to hold the trigger thousands of miles away.  Much more effective is this engrossing nail-biter and the latest by actor/director Gavin Hood, who garnered an Academy Award for Best Foreign Language Film in 2005 for Tsotsi.

British Army Colonel Katherine Powell (the great Helen Mirren in yet another memorable performance) is based in Surrey while overseeing a drone surveillance mission in East Africa focusing on an operation to capture a radicalized English woman meeting with Shabab terrorists at a house in Nairobi.  Powell is particularly obsessed since she has been pursuing the terrorist for years.  When her target is located, a surveillance cyborg beetle (welcome to the future!) reveals suicide bombers strapping on bomb vests inside the residence.  At that point the mission objective turns from capture to kill via a drone Hellfire missile as the military fights against the clock to stop the terrorists before they leave the house.  When a little girl sets up a table to sell bread next to the house, political and military higher-ups must decide the human cost and estimate the collateral damage in the increasingly dire scenario.

Gavin directs a wonderful cast including the late great Alan Rickman, in his final onscreen appearance as weathered Lt. General Frank Benson who is Powell's superior and who must give the final OK to bomb the house.  Also, Aaron Paul ("Breaking Bad") gives a competent turn as an increasingly nervous Steve Watts whose finger is on the trigger.  A special mention goes to Barkhad Abdi (Captain Phillips) who is a Somali undercover agent who desperately tries to save the girl's life before the bombs hit.  Also, composers Mark Kilian and Paul Hepker, as they did for Gavin's Tsotsi and 2007's Rendition, provide an excellent background score that perfectly complements the tense thriller unfolding on the screen.

A film that raises multiple strategic, legal, political and moral issues, Eye in the Sky depicts a new kind of modern warfare that is sure to linger in your psyche.  As will a line that Lt. General Benson chillingly voices at the end, “Never tell a soldier that he does not know the cost of war.” 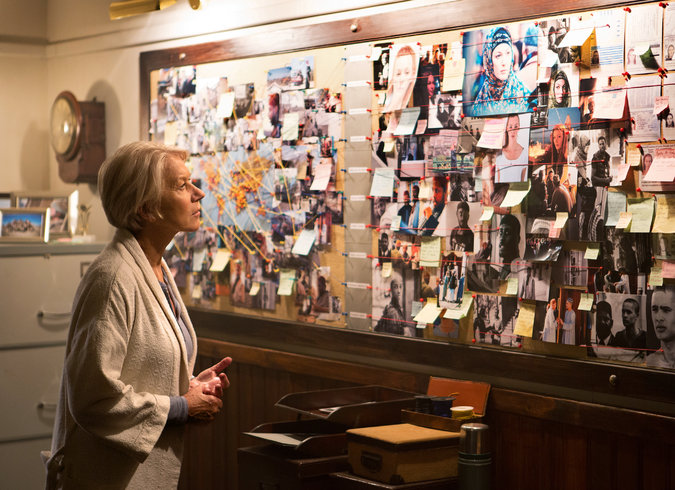 Lt. Col. Powell (Helen Mirren) surveys her tracking board
for the terrorist she has been doggedly pursuing 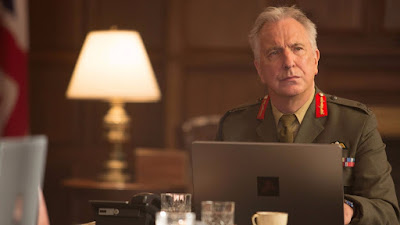 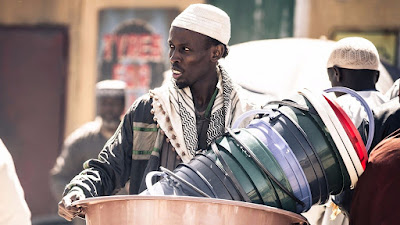 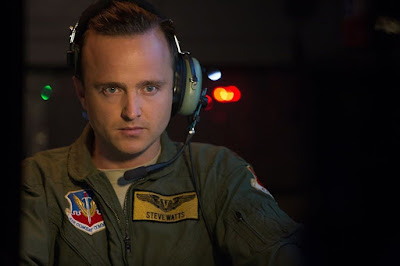