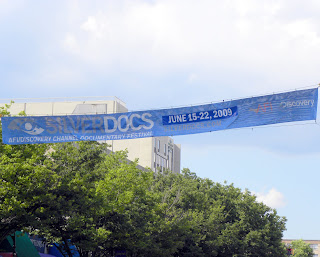 Time for my favorite festival, the AFI SILVERDOCS Documentary Film Fest. And, being the sports nut that I am, I'm really looking forward to the opening night as the U.S. premier of "More Than a Game" (****-102 minutes) kicks off the 7th annual festival in a big way.

"Hoop Dreams" (1994) is not only considered one of the best sports documentary of all time, in some circles it is argued that it may be one of the greatest docs. Steve James' personal and emotional account of 2 teens, William Gates & Arthur Agee, from Chicago's inner city, resonates on many levels. James followed both talented basketball players for 5 years as each was eying a future in the NBA.

I may be going way out on a limb, but Kristopher Belman's stunning doc compares in every way with what is considered the standard in sports docs. Belman's amazing initial effort (he wrote and co-produced it as well) chronicles, over a 9 year time span, the "Fab Five". These were 5 African-American youths from Akron Ohio, 4 of whom have been playing basketball together since they were 11, who went to great lengths to stay together at any cost to win a championship. For example, when one of them decided to attend the elite St. Vincent-St. Mary school, a predominantly white school, the rest of them passed up going to a closer predominantly black school, so as not to break up their longtime chemistry-to the dismay and scorn of their community. Oh, and one of those players happens to be LeBron James-who went straight to the NBA from that same high school to become one the most famous NBA players on the planet.

However, even though most of the media ads will no doubt prominently display James' mug, don't be mislead. This is not his story alone. In fact, he was merely one fifth of the equation. It is more a story about their assistant coach, Dru Joyce II, who replaced SVSM's already successful head coach who suddenly left for greener pastures during their junior year, and who instilled valuable life lessons both on and off the court. Father of little Dru, the diminutive point guard, Dru Sr. would try and right the ship after the head coach's defection to try and lead the team to a championship. All the while, James was being touted as "The Chosen One" by Sports Illustrated placing him on its front cover (the first high school player ever to achieve that honor) and their games were being nationally televised on ESPN because of it.

Belman has created an extraordinary achievement as he and co-screenwriter Brad Hogan have structured this film like a narrative and have successfully made it dramatic enough, despite its known ending, to make it seem fresh and exciting. The score by producer Harvey Mason Jr. is superlative and "today".

The best compliment I can give to it was by 2 ladies sitting next to me. Prior to the screening, they gave me the impression they didn't know a basketball from a marble and I don't have to tell you they had never heard of LeBron. After the screening they turned to me and exclaimed "Wow! What a film!!"

The post screening discussion was as outstanding as the film. The sold-out audience (the 3 AFI Silver theaters and the Round House Theater next door were all filled to capacity) was treated to a terrific interview hosted by NPR's "All Things Considered" host Michelle Norris. Present were producer and music director Harvey Mason Jr., Director Belman, all 5 of the Fab Five, and coach Dru Joyce. Of course the audience was buzzing when LeBron graced the stage, but the comments by the other players were equal to the task.

Belman revealed that the full length feature sprung from his 13 minute college project and his decision to continue following the team ended up being a stroke of great luck. Producer Mason said he corroborated with Belman on the music. LeBron, who was raised predominantly by his mom, said that his house was like a "Chuckie Cheese for kids" with the constant visitation of his friends. And huge Sian Cotton said watching it with an audience was a thrill and admitted he started to cry a one point. The audience laughed when he commented that the film was so suspenseful that even he wasn't sure how it was going to turn out in the end. When each was asked by Michelle to make a comment to the young people who want to be the best that they can be, the soft spoken LeBron, who was the last to speak, imparted wisdom from the perspective of a superstar that perfectly wrapped up the half hour dialogue.

The after party, as it has been since 2003, was held in the beautiful Discovery Communications headquarters. The catered food was geared to the theme of the night, complete with gourmet hot dogs and bags of peanuts and popcorn, and wonderful musical entertainment was provided by D.C. rappers, Tabi Bonney and Wale.

"More Than a Game" is scheduled for limited nationwide release by Lionsgate on October 2nd. Put it on your calendar! 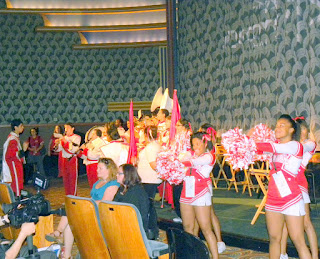 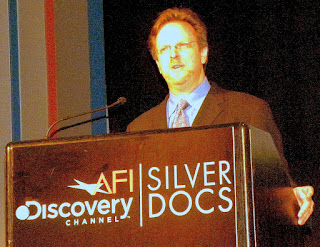 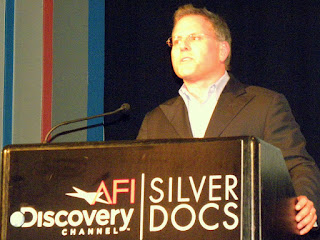 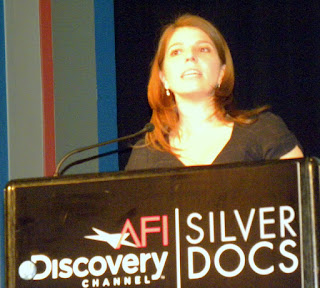 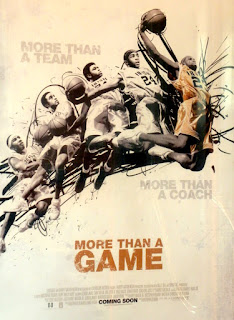 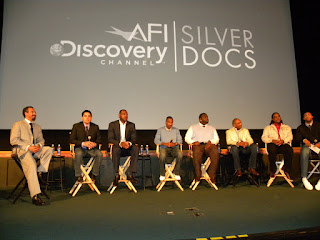 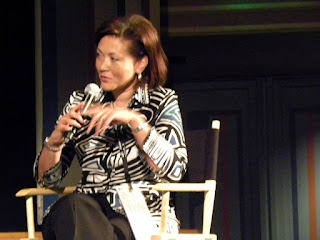 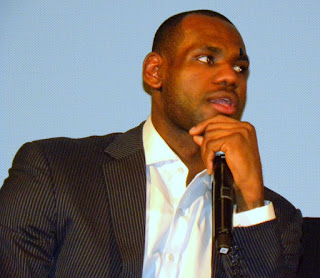 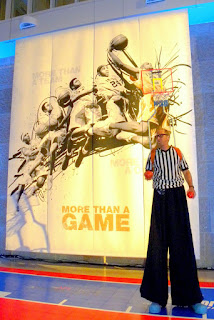 At the Opening Night after party
at the Discover Communication
Headquarters 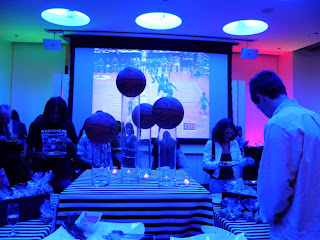 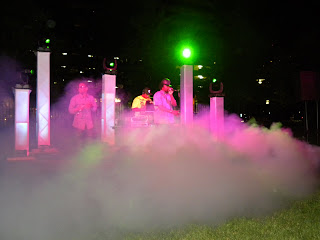