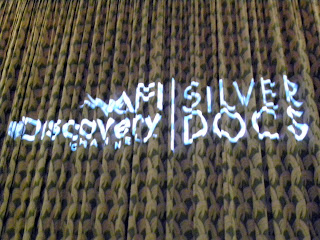 Next is the east coast premier of Laura Gabbert & Justin Schein's humorous, topical "No Impact Man" (*** 1/2-92 minutes), about the family of author Colin Beavan trying an experiment for his next book that few would ever attempt: living in New York for a year without impacting the environment. What does this encompass? How about eliminating these items from your life: electricity, cars, toilet paper, garbage (by creating compost using boxes of worms inside your home)-to name just a few of the things they had to endure in order to make the experiment a success. Beavan's wife Michelle (who is senior writer for "Business Week") and 3 year old daughter are along for the ride (the former a tad reluctant at first, the latter has no choice). And as the experiment gained speed, so did Colin's notoriety as he started appearing on national TV shows to promote his idea to the world. With they succeed? Will his caffeine addicted spouse hold up under the pressure? Will the marriage even survive trying to achieve, what most people will believe is, an insane goal? The movie will answer these and other questions and, in the process, just might have you rethinking your place on the planet and what you can do to protect its fragility. A thoroughly entertaining look at one man's take on simplifying his life to do his part in changing the world. The Q & A was attended by Michelle along with the 2 film makers and, yes, the marriage did survive and, even though it appeared she was going to crack under the pressure of living out her husband's dream, she has actually permanently instituted some of the energy saving techniques after the experiment ended-but not the worms! The film was picked up by Oscilloscope Laboratories and it will open in theaters on September 4th.

Later that evening it was time to honor the great Albert Maysles, the recipient of this year's Guggenheim Symposium Award. A filmmaker who has made over 100 documentaries as director of over 35 and cinematographer on 64 (many with his late brother David), this honor is well deserved. And present to pay homage to him are the great artists Cristo & wife Jeanne-Claude, and the honoree of the 1st Guggenheim Symposium, Academy Award winning director Barbara Kopple. Each took the podium to offer insights as to how the honoree has influenced their life and work. Following these tributes was a terrific conversation between Albert and "Entertainment Weekly" film critic Lisa Schwarzbaum followed by the award ceremony. 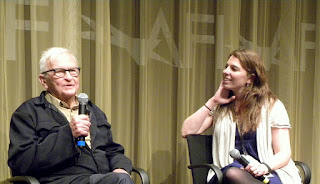 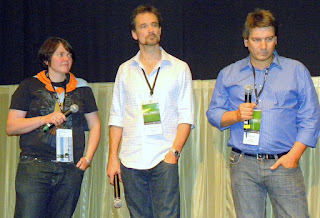 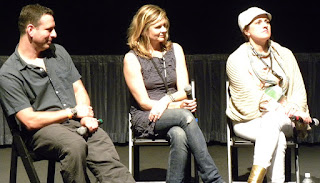 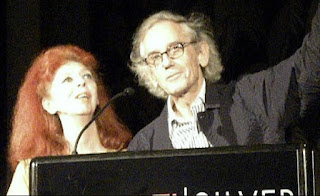 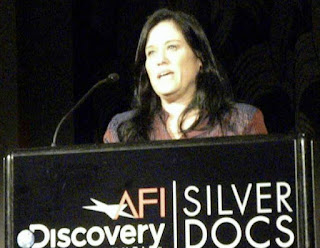 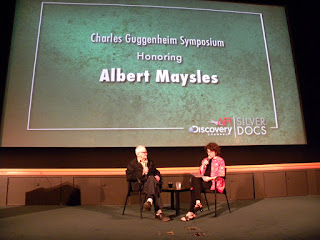 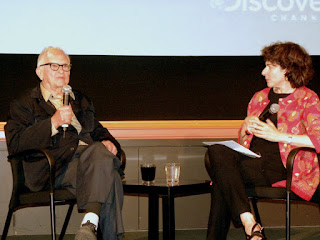