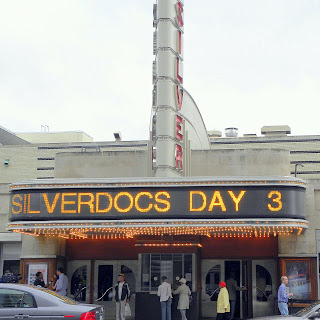 First up is Part II of the Maysles shorts. The program today is vastly different from yesterday's which focused on Albert's early introduction to the medium. The 4 films today deal with his association with celebrity figures of the 60's and 70's. "Meet Marlon Brando" (1965) is an utterly fascinating look into the psyche of one of cinema's giants. The Maysles trained their camera on Brando while Marlon was giving interviews to TV reporters to promote his latest film ("Morituri"). We get to see all of his varied personalities-mainly depending on the sex and attractiveness of the interviewer. Never has Brando seemed so charming as he constantly flirts with the pretty lady reporters-diverting every question thrown at him about the movie. We see him playfully kid around with a male reporter-each trying to comically top each other while, again, talking about anything but the reason they were there. We also see a serious somber side to Brando. In fact, it seems he had an uncanny knack for reacting differently depending on the personality of the questioner. This is a rare peek at a legend and a wonderful opportunity to observe him in such a manner-so up close and so personal. One could easily see why Brando dripped with charisma-and it is all wonderfully caught on film by the heart and soul camera held by the Maysles! The only negative was that I wanted to see much more than the 29 minutes the brothers presented!! Next up was a celebrity who, at the time, was at the top of his game. "With Love From Truman" (1966-29 minutes) was shot while Capote was giving an interview with "Newsweek" Magazine right after the publication of his best seller "In Cold Blood". This was another terrific glimpse at a literary giant in a "You Are There" style. A good portion of the film focuses on why he chose the subject and how he created, as he calls it, the first "non-fiction novel". And you'll see his mere curiosity in the young killers turn into something more the longer he talks about them (anyone who saw the recent hit "Capote" knows what I'm referring to). However, interspersed with all the heaviness is a keen sense of humor that he displays about his work and life. Again, another rare piece of art created by the master filmmakers. The brothers travel abroad in 1966 to shoot "Orson Welles in Spain" (10 minutes). The least satisfying of the shorts, we observe the great Welles pontificate on a variety of subjects including the cinema, filmmaking, and bullfighting while pitching for a film about the latter. Lastly was 1973's AA nominated "Christo's Valley Curtain" (28 minutes) that observes the construction of the temporary work of art by the famed Bulgarian: nine tons of orange nylon polymide fabric, stretching 1/4 mile and suspended from 4 steel cables, 365 feet above Rifle Gap, Colorado. The project in and of itself was fascinating enough; but even more so was how the Maysles beautifully captured the transformation of indifferent hired workers into thrilled participants by the conclusion of the project. I felt like standing and cheering myself when the last string was pulled that unfurled the massive sheet between 2 mountains! After watching the film, one could see why Cristo is considered one of the most unique art visionaries the world has ever seen.

Off to merry 'ole England for the east coast premier of Jocelyn Cammack's charming portrait of 3 verrrry wise old ladies: ex-journalist 101-year-old Rose, ex-sex therapist 102-year-old Hetty, and ex-counselor 87-year-old Alison. "The Time of Their Lives" (***-70 minutes) gives a quiet introspective look into the life philosophy of 3 ladies residing in the Mary Feilding Guild-a unique North London residential home-which is more like a hotel than a home. Housing less than 30 occupants, this isn't your usual depressing, invalid-filled nursing home as they don't accept people with bad mobility problems, regular incontinence, dementia or other mental illness. In this setting you get to follow and hear the ladies expound on a wide range of subjects based on their life experiences and observations. The film moves at a deliberate pace allowing you to take in, not only the surroundings but the wondrous and varied lives of these senior citizens. Although you realize that their days on the planet are limited, you sense their joie de vive their long journey has brought to them. The Chinese say that old people are to be considered treasures. Watching this film, I'd have to concur wholeheartedly. 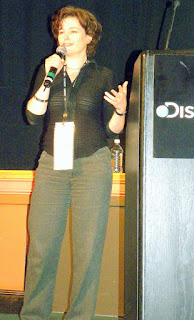 Dir. Jocelyn Commack
("The Time of Their Lives") 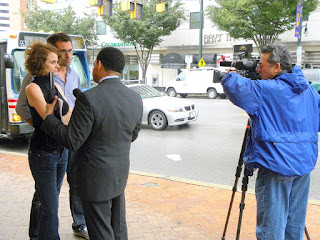