The Charles Sunday Cinema Club ends its winter 2009 series with this superb work by first time Chilean director/co-writer Sebastián Silva (who acted in 2000's favorably reviewed "Before Night Falls"). Newcomer Catalina Saavedra gives a brilliant character study as Rachael, the live-in maid who, for 23 years, has been accepted as "family" into a well-to-do Chilean household.

We first meet her as she prepares a sparse meal for herself in the kitchen, while the family prepares to celebrate her birthday in the next room. Her visage is blank and, when it comes time for her to celebrate with the family, we sense that she is clearly not in the mood for celebrating.

We are then introduced to various tensions involving the children as she goes about the tedious routines she has performed for years. Rachel is clearly unhappy and when a decision is made to help her out with a series of additional housekeepers, her distrust and paranoia only increases with each scene. Only when Lucy (Mariana Loyola) arrives, do we finally sense a connection that may finally reveal to us the hidden motives behind her actions.

The real fun is that the audience is never quite sure what direction the story is taking (an episode involving a kitten might lead astray an American audience used to horror films) and that only adds to the intrigue. For a film that is only slightly over 90 minutes, Silva doesn't waste a minute cramming in as much detail and nuance as possible.

Saavedra is riveting in the title role-who uses expressions more than scripted words to ambiguously hide her thoughts and feelings. And the absence of any soundtrack adds to the reality of the scenes and dialogue for a film that has the feel of a Dogme 95 production.

A fabulous Q&A was held after the screening with Baltimore Magazine Managing Editor and film critic Max Weiss. A great way to end the 47th Cinema Sunday's series!

The film opened in limited release around the country on October 16th. If you miss it, be certain to put it on your NETFLIX list! 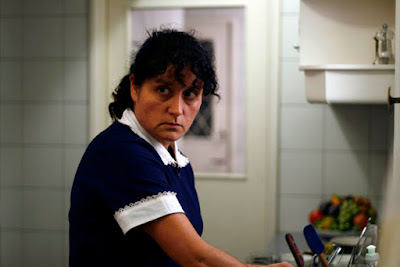 Catalina Saavedra as "The Maid" 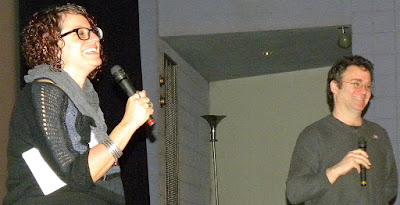