The great Warner Herzog reinvents, instead of remakes, Abel Ferrera's 1992's "Bad Lieutenant" which describes the downfall of a "bad" NY cop, impressively played by Harvey Keitel. Who better to step into the Keitel role than Nicolas Cage. Like a car wreck, you can't take your eyes off of the actor who thrives on degenerate roles (I still consider his performance in "Leaving Las Vegas" the greatest male acting job I've ever seen on screen).

Cage plays Terence McDonaugh who we first meet saving a prisoner from his cell as the rising Katrina waters are about to drown him. However, this picture of a heroic cop, quickly fades from memory. We soon learn that this cop is fighting his own drug addicted demons, not to mention a bad back, as he rampages about the city bringing new meaning to cop corruption.

The story (what little narrative there is) sort of centers around the discovery of 5 Senegalese illegals who have been snuffed out during a drug hit. However, this isn't a crime story as much as a portrait of a professional cop whose sense of morality & decency is as skewed as the plot. All the while, Herzog's camera is there documenting each episode as McDonaugh spirals deeper and deeper into chaos & self-destruction.

There are some great supporting performances here including Eva Mendes as Clarence's personal prostitute/lover/friend, Val Kilmer as McDonaugh's partner, and Alvin "Xzibit" Joiner as the drug kingpin who may be behind the murders. And the screenplay by William M. Finkelstein provides just enough humor to keep it out of total depression.

But it is the standout acting by Cage that is really what this exercise in human degradation is all about-which he amply delivers in spades and then some. 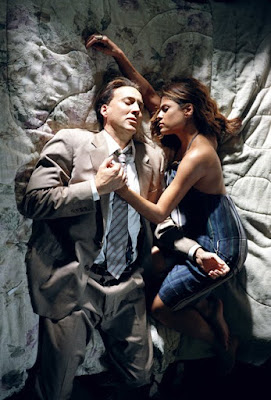 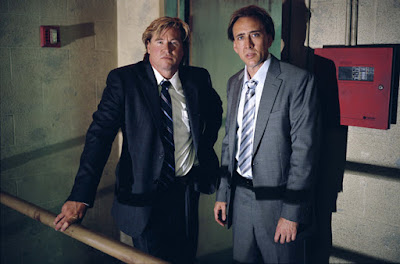