Every year the festival has presented a classic film in 3D and for the 8th straight year our host is The Sun critic and 3D expert, Chris Kaltenbach. This year's selection is director Roy Ward Baker's ("Don't Bother to Knock" & "A Night to Remember") 1953 drama, "Inferno" (***) starring Robert Ryan, Rhonda Fleming, and William Lundigan. Nearing the end of the 3D craze in the 50's it was one of the first 3D films shot in Technicolor and stereophonic sound. Ryan's wife is having an affair with his business partner and while all 3 are traveling through the Mohave Desert, Ryan falls off a horse & breaks his leg. Fleming and Lundigan leave him to get help-or do they? The film nixes the usual 3D effects of items flying off the screen into the audience and instead concentrates on the story which, although dated, it was compelling enough to hold my interest. The print was fabulous and the technicolor process used is one that is no longer around making the screening all the more special.

Jed Dietz and company have brought more documentaries and foreign films this year to the festival than ever before and next up, direct from its premier at The Toronto Film Festival, is the Slovakian documentary "Blind Loves" (***) by director Juraj Lehotsky. Here we are presented with a group of blind folks and the topic is their quest for love and companionship in a world comprised mostly of sighted people. We are introduced to music teacher Peter; a blind married couple Elena & Laco who are expecting their first child; blind Miro and his partially blind girlfriend, Monika; and teen Zuzan, who is seeking love at her new high school. The film jumps back and forth to each, never spending an inordinate amount of time with any of them as we peer into their universe to see how they experience circumstances that most sighted people take fully for granted. There is even included a neat animated segment that stars one of the subjects. I would have liked to have known a little history about each person as the film seems to be more about the here and now. However, the lightheartedness is prevalent throughout and never depresses.

Another foreign documentary was next up: "Nina Simone: La Legende" (*** 1/2) which continued the neat tradition by the MFF folks of having films picked and hosted by people who are not in the film business. Our guest host for this one is musician Ian MacKaye (featured in the documentary "American Hardcore: The History of American Punk Rock 1980-1986"). This 1992 made for French T.V. documentary is a fascinating look into the controversial performer who continuously marched to her own beat throughout her life. A classical pianist who then became a jazz, R&B, & gospel icon, she is also known for her political stances that pulled absolutely no punches. Included in this terrific account are both contemporary and archival performances as well as interviews that give a glimpse into the career and life of one of America's most talented free spirits of the 20th century. Afterwards, the audience was treated to a wonderful Q & A session with Ian that was a pleasant compliment to this rarely seen work.

Topping out this satisfying day was Bobcat Goldthwait's latest dark comedy "World's Greatest Dad" (*** 1/2) starring Robin Williams in one of his rare subdued roles as the father of a troubled teen. Kyle (Daryl Sabara from the Spy Kids films) is one disrespectful child and Williams is one loser of a dad who happens to be a poetry teacher in Kyle's school. So what is it that makes him the "World's Greatest Dad"? Knowing nothing going in is the key to this one so no spoiler here. Suffice it to say that, as much as I liked Goldthwait's last ("Sleeping Dogs Lie" aka "Stay"), this one is more consistently funny and dark as he explores a topic that surely will turn off some in the audience. However, the Saturday night sold-out crowd in the main theater gave Bobcat such an ovation that it nearly brought him to tears as he revealed that he could hardly conduct the amusing Q&A that followed. After the applause finally subsided, director John Waters was the first to jump to his feet to inform everyone there how much he loved it. (Bobcat stated that his first choice was Philip Seymour Hoffman but when he couldn't get him, Robin came aboard. Not a bad 2nd choice!) The film, which was very well received after its Sundance premier, is set to be released on August 21. Don't miss it! 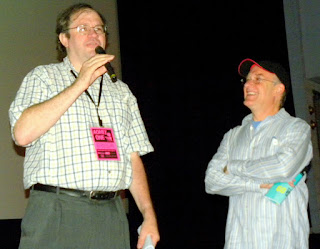 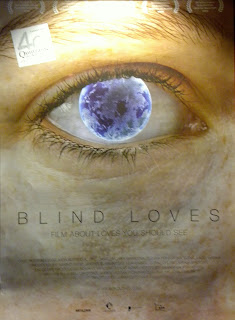 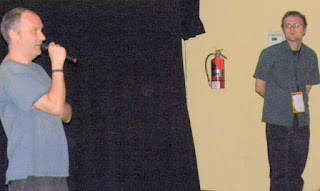 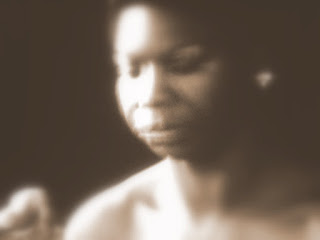 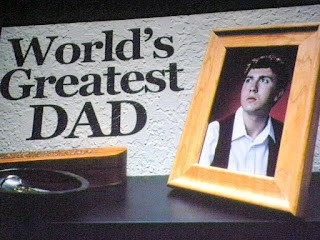 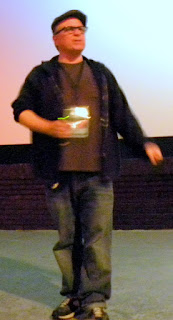 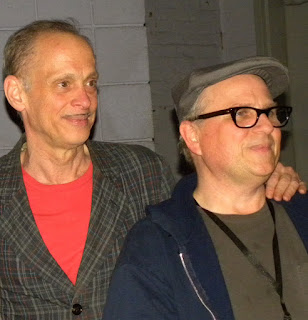