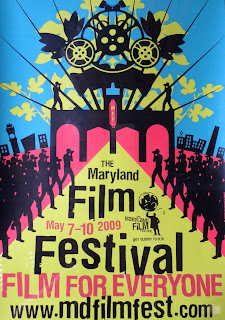 First up is a "trip" to the outskirts of Cairo to see how 60,000 Zabaleen garbage workers have, for generations, been dealing with the city's waste. "Garbage Dreams" (***) is an aptly named title for Mai Iskander's excellent documentary, as it is the dream of this collective to reclaim the job they've done for years without the benefit of modern day technology and hardware. Reclaim because their livelihood is being threaten and they have been trained in little else if this job is abolished by the city government. The film follows 3 teenage boys in particular as they are about to be relieved of the only occupation they know as a more modern but less efficient corporation is about to take over. It's a world that I'm sure most of us are unaware of as we witness the possible extinction of a whole culture built around garbage collection. Fascinating.

Next was film director/artist Agnes Varda's self-titled amazing documentary "The Beaches of Agnes" (****). Varda, who is now 80, tells her own story using her artistic background as a photographer throughout the film, which won a French Oscar (Cesar) in 2008. Although her name might not ring a bell to a lot of people reading this, her work certainly will be. Considered the Mother of the New Wave, her most renowned films includes "Cleo From 5 to 7", "Le Bonheur, "Vagabond", & "The Gleaners and I". Married for nearly 30 years to Jacques Demy ("Umbrellas of Cherbourg"), we see her hobnobbing with the likes of Depardieu, Godard, Deneuve, Jim Morrison, Alexander Calder, Jane Birkin, Robert DeNiro, Viva, and giving Harrison Ford his first infamous role (when the studio told him he'd never make it in film). They are all there in various ways-with Varda constantly giving commentary to her philosophy, work ethic, and her raison d'etre. And the artistry Agnes uses to formulate the documentary is mesmerizing and profound. All of this makes for a fascinating look into one of the premier artists of our generation.

I was highly anticipating my next film from academy award nominee Marshall Curry (2006's critically acclaimed "Street Fight"). Winner at this year's Tribeca Film Festival, "Racing Dreams" (**1 /2), however, was a major disappointment. In all fairness, despite being kind of a sports nut, I think NASCAR racing in any form is senseless and boring. So, my interest waned considerably throughout the 93 minute documentary that had me looking continuously at my watch. Actually, the documentary has a professional look and feel to it, but this story, about the world of kart racing (mini cars that go up to 80 miles an hour) by following the quest of 3 pre-teen youngsters to win the World Karting Association championship, had me disinterested from the start. Marshall tries to get us involved by including home footage as well as the requisite track stuff, but, watching their "stage" dads and moms living out their dreams through their offspring ultimately turned me off completely.

After a dinner break, I took in my last film of the day. After 3 documentaries, it was time to chill with my first narrative feature, "Seventh Moon"(* 1/2). The third film from director Eduardo Sanchez who caught lightning in a bottle with the indie/Internet hit "The Blair Witch Project", I was expecting something a little more satisfying than this mess of a ghost story set in China. Things got off to a bad start when it was discovered a couple of minutes in that the DVD copy Sanchez brought to the projection booth was minus a soundtrack. Luckily he had a promotional DVD. Unluckily, it had imprinted on it that it was a promotional copy-which appeared on the bottom of the screen print for the entire run of the disc. It didn't matter as the film probably would have played better in silence. Newlyweds Melissa (Amy Smart) and Yul (Tim Chiou) are honeymooning in his native country during the Seventh Moon ghost festival celebrating the full moon of the seventh lunar month which, legend has it, is when the dead are free to walk the earth. They hitch a ride with a cab driver who agrees to take them to his grandmother's house deep in the dark countryside. The film then takes on a "Night of the Living Dead" feel and look. Instead of jumping in fright, I jumped with glee after the credits started to roll. 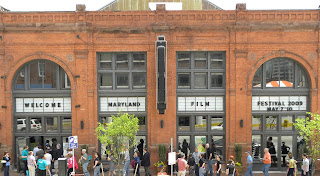 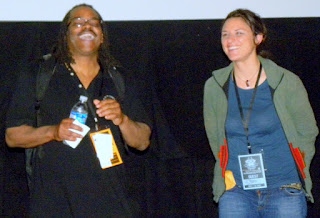 The Charles
Theater-
Home of
the MFF 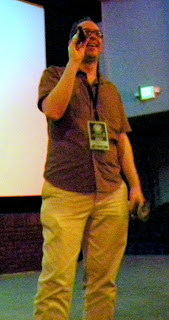 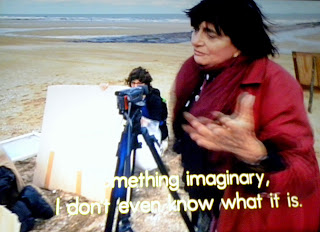 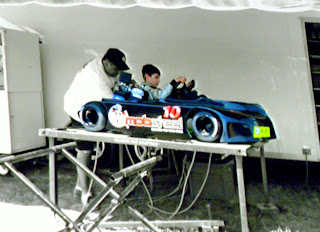 A scene from "Racing Dreams" 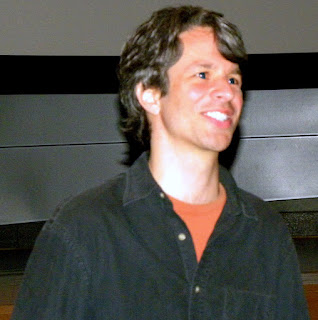 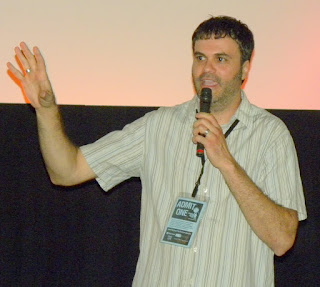 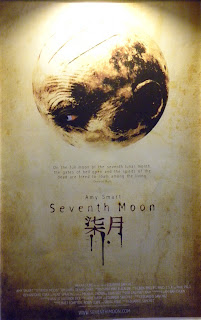