I'm a huge fan of TV & movie satires. When done right, this form of entertainment can be quite satisfying on a number of levels. For me, the best satirical films that come immediately to mind are 1976's "Network" (satire on the television industry), 1984's "This is Spinal Tap" (satire on the music industry), Mel Brook's 1968 "The Producers" (satire about Broadway conventions), & Kubrick's 1965 brilliant "Dr. Strangelove or: How I Learned to Stop Worrying and Love the Bomb" (satire on the global nuclear war threat).'

First time director/co-screenwriter Derrick Borte (who, not surprisingly, has an advertising background) tries to hit a home run but it turns into a long fly out at the fence with this satire based on consumerism. The premise is based on the catchphrase "keeping up with the Joneses" and, although it begins with great promise, the film unfortunately fizzles out in the last reel or two, when Borte tries to abruptly change direction, loses his way, & turns the plot into a maudlin conventional mess.

David Duchovny (last seen in the 2008 theatrical version of his hit TV series, the "X-files: I Want to Believe") does a more than adequate turn as Steve Jones, the head of an attractive, yet fictional family unit who arrive & set-up shop in an affluent community. He, "wife" Kate (Demi Moore, who gives her best performance in years), along with their teenage "daughter" (Amber Heard) & "son" (Ben Hollingsworth) are all actually working for some unnamed marketing firm (nice to see Lauren Hutton as their employer's go-between contact). The idea is to send these bogus attractive families into communities to try and convince everyone they meet (be it neighbors, golf buds, schoolmates, etc.), using just their attractiveness, popularity, & friendly nature, to buy anything and everything the bogus family uses.

Borte plays beautifully on this concept until the story takes a darker turn involving their next door neighbors Larry & Summer (played by the steady Gary Cole & Glenne Headly). And, of course, you can't have attractive folks living in the same space without personal/sexual motives & tensions getting in the way of the professional plan.

I was very close to giving this a 3 star salute but, because the film maker failed to stick with his conviction to make a definitive commentary on why we buy the things we do, my rating is what it is. However, if I could give a 2 3/4 review this one would probably get it. 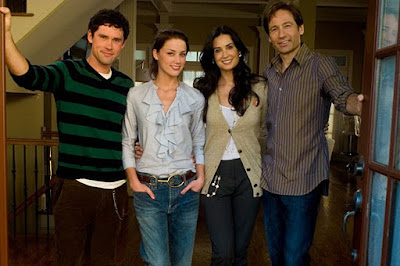 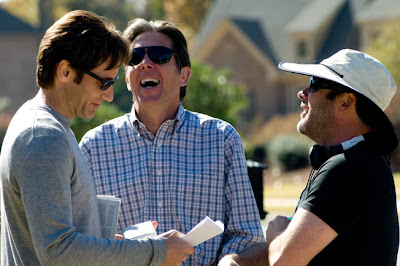