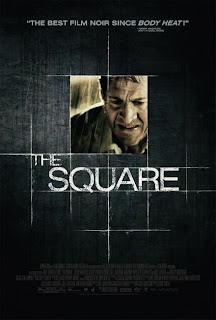 Although not a Buddhist, I am somewhat a believer in Karma. That if you do something bad or good, somehow, someway, that act or deed will come back to either reward you or bite you in the posterior. I couldn't help thinking about that watching Australian director/screenwriter/actor/stuntman (more or that later) Nash Edgerton’s brilliantly conceived modern film noir “The Square”. The main protagonist, Ray, has so much coming to him that, watching it, I almost felt like I had to duck to get out of the way!

Off to another exiting event at the AFI Silver Theater to attend the advanced screening along with a Q&A with the director. The film is set in a small Australian town in New South Wales where we quickly observe married 40ish Ray (wonderfully played by virtual unknown actor David Roberts, who appeared in 1999’s “Me Myself I” with Rachel Griffiths) involved first in a kickback scheme as a housing supervisor in a housing development, and then having an affair with his married next door neighbor, young attractive Carla (newcomer Claire van der Boom).

Despite all of this, he seems like a pleasant enough bloke, but things start to get a tad more difficult when Carla discovers a hidden suitcase full of money in the attic, and gets the great idea that maybe Ray can take care of her seedy hubby Smithy (Anthony Hayes) so that both could live happily ever after.

In the vein of such noirs as “Blood Simple” & 1998’s great “A Simple Plan”, things (and I do mean lots and lots of things) start to go horribly wrong. I won’t spoil the fun in any way. Just be certain you don’t have to leave your seat for a minute because so much is happening that you’ll be lost trying to figure out the plot lines.

Screenwriters Joel Edgerton (Nash’s younger sibling) & Matthew Dabner have created a brilliant noir that moves at a deliberate but steady pace. And the plot is always plausible and even possible-despite the incredible amount of that bad karma that ensues.

Preceding the screening we were treated to Nash’s 2007 mischievous 9 minute short film “Spider” (which he co-wrote, directed, & starred) which will help to prepare you to no end for the upcoming shenanigans in “The Square”. Although the practice of showing shorts was once a staple in movie houses in the past, and is only carried on today by the brilliant folks over at Pixar, I wish that most films go back to presenting the short film as an appetizer to the main course, instead of the endless ads and/or trailers we are now subjected to. I’m certain that after you experience these 2 gems, you’ll be hankering for the same. And, if you plan to go, be sure to arrive on time because Nash revealed that “Spider” will be offered at every screening of “The Square” throughout the country. You don’t want to miss it!

Both films, released by Apparition, have begun a platform release around the country. Their first appearance is scheduled for the Baltimore/DC area May 7th at The Landmark. Be certain to look for it!

After the film, AFI film programmer Todd Hitchcock sat down with Nash for a quick interview followed by an informative Q&A. Here were some of the interesting facts revealed by the director:

-Nash began his career in the early 90’s as a stuntman and he still performs falling down stairs, getting hit by cars, getting shot, etc.-although, understandably, insurance regulations in place by the producers prevented him from participating in that capacity during the filming of “The Square”. He has nearly 100 stunt credits including “The Matrix”, “The Thin Red Line”, “Mission Impossible”, & “Star Wars.
-The film actually premiered 2 years ago and has been playing the festival circuit ever since. The founder of the newly created Apparition Films (which specializes in independents) actually saw it a couple of years ago and had it in mind all along to distribute it once he had his own company.
-Although he keeps hearing comparisons of the film to “Blood Simple”, the director admitted that he never saw the film so he didn't reference it in any way.
-Brother Joel was supposed to be at the screening but was caught in Norway while filming a prequel to “The Thing” during the Icelandic volcanic eruption and he couldn't get a flight out. Joel wanted to return to DC after spending 7 or 8 weeks there last year acting in “A Streetcar Named Desire” playing the part of Stanley.
-Nash spent some time talking about the fabulous casting. He said he was adamant that Ray be played by an unknown and that he look like an ordinary/ everyman guy. He didn't want the audience in any way to be influenced by someone they recognized. As Nash put it, David Roberts, “just had a look on his face that he’s in trouble”. He then went on to talk about, what he called, his best find when he cast the part of 16-year-old Lily, who plays the girlfriend of the hit man hired by Ray to kill Smithy. He said the part was originally written for someone in her late 20’s or early 30’s. Nash worked on a friend’s short film and in it was a 16 year old actress who was unknown at the time, Mia Wasikowska, who reminded him of Sissy Spacek in “Badlands”. It seemed perfect sense to him to instead cast the part as a teenager. Unfortunately, Mia’s career had taken off in between and she has since been cast in “Alice in Wonderland” and the current “The Kids are All Rights". Now that Mia was unavailable, Nash suggested Hanna Mangan Lawrence whom he had worked with at age 12 but would now have been the right age. Coincidentally, the same actress had just worked with Joel on a short film. As it turns out, Hanna gives an understated naive persona that perfectly fits the role making her a great choice.
-Although not usually revealed by film makers, when asked, Nash divulged that the film cost 2 million to make-not unusual for an Independent.
-Regarding his short films, Nash stated he practiced his chops making shorts-making them mainly for himself. As for why he is including “Spider” in the screenings, he humorously stated that the short lets people know “what’s wrong with me, what kind of sense of humor I have, let’s you know what you're in, for in a way, when the film starts, and makes you really ready for it-or not”.
-His current project is a film he and Joel are writing which is a road movie with, not surprisingly, a dark sense of humor. 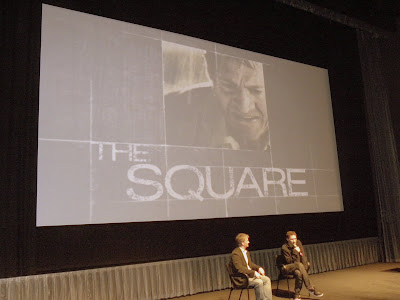 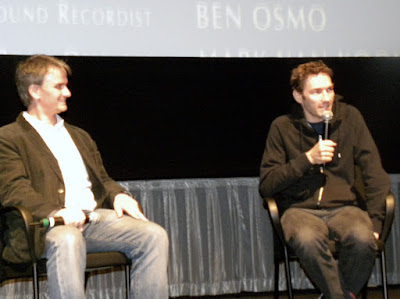 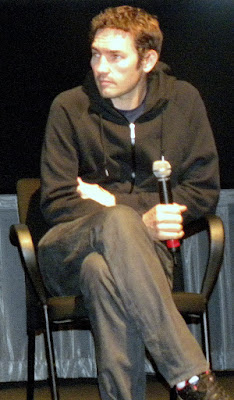