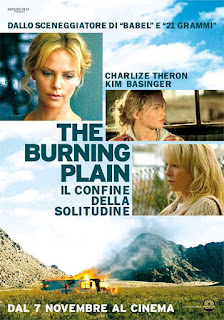 I really wanted to love this movie which was Mexican writer/director Guillermo Arriaga's initial foray into directing. As a screenwriter, he's a talented veteran, penning several of my favorite films of the last 8 years. He burst onto the scene in 2001 writing the critically acclaimed "Amores Perros". He followed that success as the scribe for 2003's "21 Grams", Tommy Lee Jones' "The 3 Burials of Melquiades Estrada" (2005), and one of my favorite films of 2006, "Babel". Other than "The 3 Burials", his director for these films was the famed Alejandro González Iñárritu.

However, it's been reported that he was upset that he wasn't given his proper due for "Babel" so he decided to split with Iñárritu and direct his own film. And the results are mixed at best. Using a structure similar to the more successful "Amores Perros", "21 Grams", & "Babel", the story is non-linear in time and space as it conveys a story of tortured souls who must sort out their demons and try to rise up from the despair they helped to create.

The film begins with a brief shot of a lone trailer in the middle of a New Mexican wilderness totally engulfed in flames. The next shot is in a bedroom in an urban city with a pensive Charlize Theron starring out a window while her male companion (John Corbett) is lying in bed. Another scene shifts to Kim Basinger, who plays a mother of 4, including the fetching Mariana (nicely played by first-timer Jennifer Lawrence) who is having a love interest with Santiago (JD Prado) whose father (Joaquim de Almeida) happens to be having an affair with Mariana's mother. Then the scene shifts to a young girl whose father is injured when his crop dusting plane crashes in a field. We are introduced to these & other characters at both these varied locations as the film continuously jumps back and forth in time. How they may be related and how their lives intersect is a hallmark of most of Guillermo's previous tales.

However, the construction of the script is either getting old, &/or lacking the solid execution of his previous scripts and I found myself not as emotionally involved as I would have liked considering the weight of the subject matter. Totally devoid of any humor (even black would have been welcomed), "The Burning Plain" will maintain your interest, if only to see how all the pieces fit-but, like me, you might not even care by the time the end credits roll. And that is another flaw of the film: that ending is just too neatly wrapped up considering the heaviness of all that went before it.

There are some things to recommend; namely the superb acting by the 2 Academy Award winning actress, and the production values are top notch including some splendid cinematography. However, the film left me as cold and barren as these characters' lives.

The film opens in limited release (including the Washington area) on September 18. 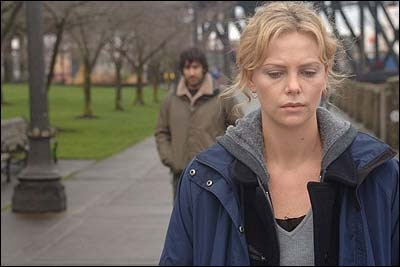 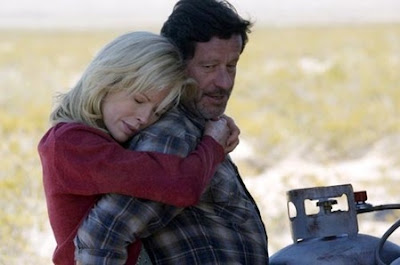 you said it best "the story is non-linear in time and space as it conveys a story of tortured souls who must sort out their demons and try to rise up from the despair they helped to create."

I wrote this film up for Storyboard / DC Film Society having seen it at the Palm Springs Film Festival. Did not find characters engaging ang story was too 'all over the place'