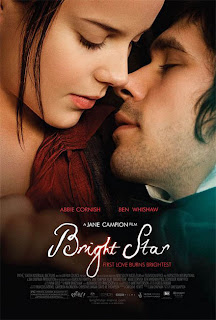 E-X-Q-U-I-S-I-T-E! The first word that comes to mind to describe this stunning biopic of the Romantic English poet, John Keats. New Zealand born writer/director Jane Campion, whose 1993's "The Piano" won 3 major Academy Awards, has done the near impossible: she's seamlessly combined the beautiful language of poetry with the visuals of the 19th century and the results is one of the most mesmerizing competent films of the year.

The film begins in 1818 when Keats is a young man of 21-full of promise and unrecognized talent. Three years later, he would be dead-stricken by tuberculosis-the disease which also claimed his brother. John is immediately smitten when his neighbor, Fanny Brawne, a beautiful seamstress who lives next door, creates an embroidered pillowcase for Keats’ brother.

Clearly Franny became the crux of Keats’ inspiration that follows and, sadly, their romance is never consummated because, John Keats was poor and his conscience would not allow him to marry the first love of his life. Enter into this equation is Keats’ friend and mentor, Charles Armitage Brown, who views Franny’s presence in his life as a major distraction. Although the rest of the world didn’t, he recognized Keats’ enormous ability & genius and didn’t want anything to sabotage it.

The players are magnificent. Ben Whisaw (“Brideshead Revisited”) gives a perfectly muted angst to his role. You believe he is fully capable of creating the literary beauty of the words that sing throughout the script. Paul Schneider (“Lars and the Real Girl” and more recently in Sam Mendes’ “Away We Go”) as Brown, displays a wonderful range in his performance as Keats’ confidant. But it is Australian actress Abbie Cornish (“Stop-Loss”) as Fanny that delivers the presence and spunk that captivates the audience as well her suitor. And her reaction on hearing of the poet's demise is so chilling that it will surely help to garner her an Academy nomination early next year.

The cinematography never seems artificial while the overall effect is one of entrancement. And by all means stay through the credits to hear Whishaw’s recitation of Keats’ “Ode on a Grecian Urn” which seem a fitting tribute to what has been superbly portrayed on the screen for the previous 2 hours. 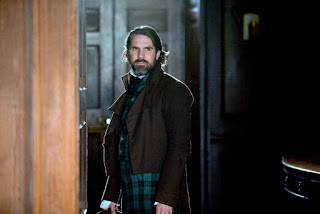 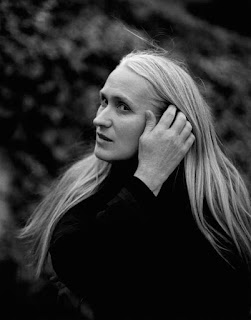