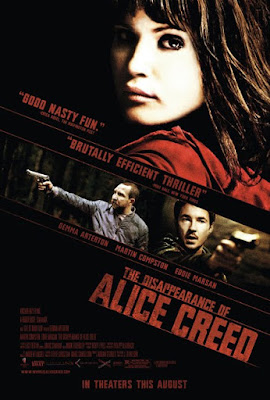 From a silly Hollywood comedy that falls flat to this near-brilliant indy British noir- J. Blakeson's directorial debut is a sure winner. Although he previously wrote the forgettable "The Decent 2", his screenplay here is tight and unrelenting. It reminded me of the Wachowski Brothers' fabulous initial offering, 1996's "Bound", or this years' wonderful "The Square" in which the action is confined to a couple of set locations complete with nonstop suspense & plot twists that never stop churning until the final credits.

The riveting opening ten minutes depict two guys as they meticulously plan a kidnapping. Composer Marc Canham provides a pulsating score that accompanies the visuals, without dialogue, building up to the actual abduction of one Alice Creed. Slowly, we get to know who these 3 characters are as well as their motives. As each layer of the plot is peeled back, just when you think you have it all figured out, Blakeson decides to take the story into even more unpredictable territory.

The three actors each display incredible range throughout the ordeal. Gemma Arterton (Strawberry Fields in "Quantum of Solace") as Alice and Martin Compston as the young kidnapper, Danny, are perfectly cast and believable in portraying the naivety and cunning demanded by Blakeson's wonderful script. However it is the great Eddie Marsan (supporting in Mike Leigh's 2004 "Vera Drake" and as the quirky cab driver in Leigh's 2008's "Happy Go Lucky") as the intense psychopathic Vic, who can explode at any moment, that will truly keep you focused until the end.

I liked the fact that the violence is minimal as the director is more interested in character development than blood. My only problem was that the film loses some steam in the final reel, but, overall, this one is sure to satisfy you for practically all of its 100 minutes running time. 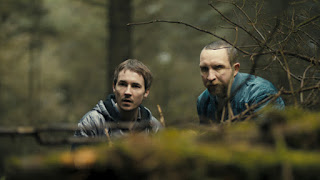 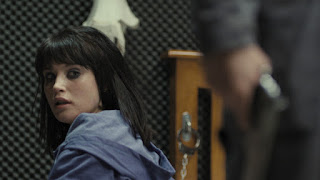