Next up was a preview of the film that premiered, and was the hottest ticket, at this year's Sundance: "Exit Through the Gift Shop" (***-87 minutes). The film is shrouded in mystery, which only adds to its appeal. In fact, the credits say "Film by Banksy" but there are no director credits to be seen.

Bansky is the elusive British street graffiti artist whose works have mysteriously appeared all over the world. In fact, he is interviewed on screen in darkness and wearing a hoodie to keep from being identified from those who would love to prosecute the dude. But, curiously, this filmic work is not about Banksy but more about a strange Frenchman, Thierry Guetta, who goes about videotaping his life and, more recently, graffiti artists.

The film begins by giving background on this strange character who seems to be quite the entrepreneur-setting up a successful clothing shop in L.A. However, most of the film documents his main activity as a rogue videographer of these artists (such as Invader, Shepard Fairey, Neckface and Swoon) who stealthily display their work on buildings, walls, and any available outdoor structure visible to all who pass by. Banksy is the #1 guy, however, who is the person whom Thierry meets and videos to know end-constantly following him in the shadows while documenting his work.

The film is ably narrated by actor Rhys Ifans and the editing is fast paced and never bores while raising a multitude of questions, not the least of which is: Is this really art? And, as a friend, who was personally appalled, pointed out after the screening: Is it morally acceptable to deface private property in the name of art? The bottom line for me, however, was that this was an entertaining, humorous take on a subject that was previously in the background but is now a little more front and center.

At the screening hosted by Maryland Film Festival Director Jed Dietz (gearing up for the 11th annual Maryland Film Festival on May 6th) was Bart Walker, a movie vet associated with award winning films, including last year's "PRECIOUS". He's one of the partners of Cinetic Media, (prominent in the independent film world) which controls the new company distributing this film. At the Q&A, Bart said he has never met Banksy (someone in the audience asked him if he was actually the allusive street artist), but he has met Thierry. Although there were rumors coming out of Sunday that Thierry is not a real person and that the film is a total hoax, he confirmed that the Frenchman, a couple of weeks ago, put on a wildly successful show in New York (complete with lines of people that snaked around the block). And, as the film pointed out, he did design the cover of Madonna's latest album. 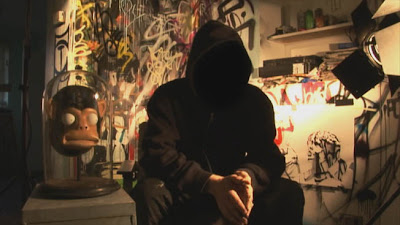 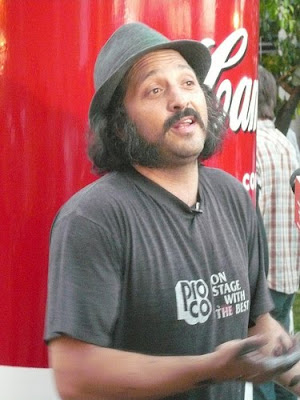 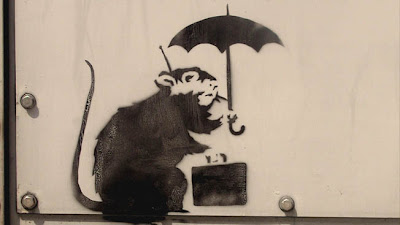 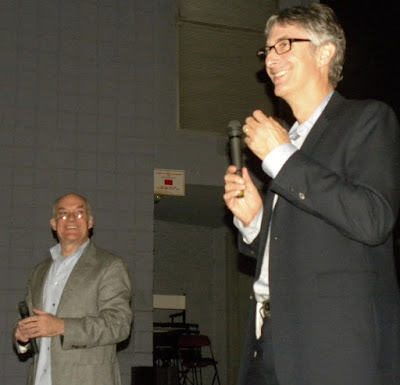 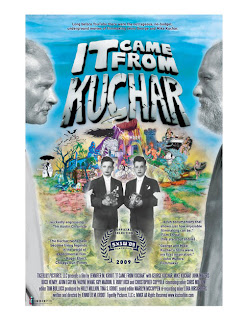 Back-to-back docs with another great offering by The Cinema Sunday folks. Time to leave the world of graffiti artists to artists who are at the forefront of another genre: the world of underground films.

67 year old Bronx-born twin brothers George & Mike Kuchar have created over 200 films since they graduated from N.Y.'s High School of Industrial Arts. And if you ever meet anybody more eccentric then these guys, I'd like to know. You may not have heard their names before, but after you see "It Came from Kuchar" (****-86 minutes), written and directed by Jennifer M. Kroot, you'll know full well why these 2 guys are considered icons & influential by such notables film makers & celebrities as Atom Egoyan ("The Sweet Hereafter"), Buck Henry, Guy Maddin ("My Winnipeg") , Wayne Wang ("The Joy Luck Club"), Baltimore's own John Waters, and countless others.

This is a sweet, loving, hilarious doc that gives a terrific profile of 2 guys who refused to sell out to Hollywood. To this day they continue to make movies, both together & separately, using their own creativity for special effects while at the same time avoiding casting agents and agencies by employing their friends & acquaintances as actors.

In documentaries such as this, you have the usual time spent with talking heads. But what really makes these 86 minutes worth its weight in gold are the numerous clips presented from such Kuchar classics like “Corruption of the Damned,” “Sins of the Fleshapoids” & “Hold Me While I’m Naked (which was ranked 52nd in the Critics' Poll of the 100 best films of the 20th century, appearing originally in the January 4, 2000 edition of The Village Voice).

At first you'll think "Ed Wood", but after a while you'll realize that these guys know exactly what they're doing and don't give a hoot if there isn't a CGI frame within a universe of their film. In the end, you'll understand that there is 100% talent and commitment behind all the camp, sexual innuendo, cheesy science fiction/horror effects, and overdone melodrama they create in film after film.

George ended up in San Francisco in the early '70's and, as the film shows, was an accomplished cartoonist; working, in fact, with the great Robert Crumb & Art Spiegelman . And, cartoonist Bill Griffith confessed that his "Zippy the Pinhead" was based on George. You can see that talent translated on the screen, which resemble in many ways the outlandish & outrageous visuals they create on the page. And George still resided in San Fran working, since 1971, as a film department teacher at the San Francisco Art Institute where he is revered by his students-past and present. All the while, he continues to spool out those underground movies.

The best interviews on screens are with the brothers themselves-even though Mike, who never fixates on the camera or interviewer, appears, as someone suggested during the Q&A afterwards, to suffering from asperger's syndrome.

The brothers have been honored at the 2007 Telluride Film Festival and in 2000 here at the 2nd Maryland Film Festival where they appeared along with many of their works. It was therefore fitting that Jed Dietz do the introductory honors & lead the post-screening Q&A. To prepare up for what we were about to see, he shared a hilarious quote written by George in 1989 reminiscing about his Bronx childhood; which perfectly explains the minds of these brilliant artists who are as eccentric as the movies they make:

"Going to elementary school in the Bronx was a series of humiliations which featured Wagnerian women in an endless chorus of: ‘Keep your mouth shut,’ ‘Where’s your homework?’, and ‘Spit that gum out!’ The male teachers were much shorter than the females and whatever masculine apparatus they possessed was well concealed amid the folds of oversized trousers. After school my twin brother and I would escape to the cinema, fleeing from our classmates; urban urchins who belched up egg creams and clouds of nicotine. In the safety of the theater we’d sit through hour upon hour of Indian squaws being eaten alive by fire ants, debauched pagans coughing up blood as the temples of God crashed down on their intestines, and naked monstrosities made from rubber lumbering out of radiation-poisoned waters to claw the flesh off women who had just lost their virginity.

"When three hours were up we would leave the theater refreshed and elated, having seen a world molded by adults, a world we would eventually mature into. At home, supper simmered on the stove, smoking, bubbling, and making plopping sounds as blisters of nutritious gruel burst just like the volcanic lava in those motion pictures. Oh how I wanted to grow up real fast and be one of the adults who sacrificed half-naked natives to Krakatoa or dripped hot wax on a nude body that resembled Marie Antoinette."The film has been placed in limited release since April 9th. 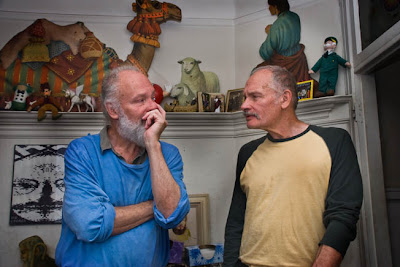 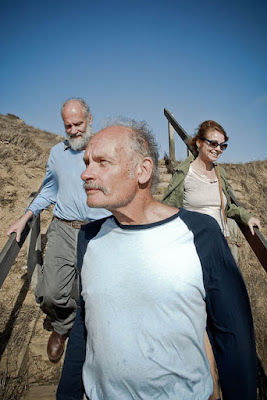 On the set with The Kuchars 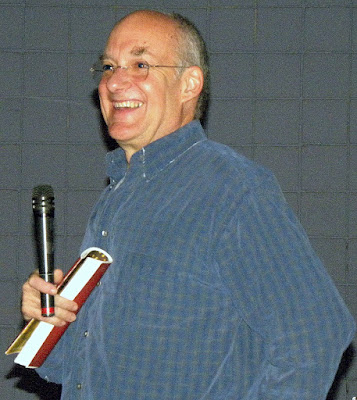