Off to the AFI Silver Theater again for another special preview with a post-screening Q&A with Australian Director John Hillcoat, who burst on the scene with one of my favorites from 2006, "The Proposition". This post-apocalyptic tale, first scribed by American novelist Cormac McCarthy (for which he received a Pulitzer in 2007), is a nice, but flawed, 2nd effort.

The story is basically a tale of love between a father & his son, and their effort to survive an unnamed event that has made rubble of our cities, and burned-out embers of our forests, while the populace is reduced to archaic roving gangs in desperate search for food and water.

The film opens with The Man (earnestly played by Viggo Mortensen) and his pregnant wife (sparsely utilized Charlize Theron) witnessing the beginning of the end of civilization from their bedroom window. The action quickly skips forward some 10 years later where The Man and his son (Kodi Smit-McPhee, "Romulus, My Father") are living on the street pushing a cart carrying what's left of their belongings. For the next 2 hours, the story involves them avoiding capture for purposes of slavery or as a meal, while following "the road" that will take them to the coast-where, supposedly, life will be better.

And that's the main problem-that 2 hour running time where there is virtually no suspense build up to the scenes of fury. In-between we see, and get, the love connection between the two principals but the repetition of the relationship gets tedious-especially when there is no substantive oomph to the action scenes.

So why the respectable 3 star rating? Namely the acting, especially by Mortensen (look for a possible AA nod); the outstanding production values by production designer Christopher Kennedy ("The Proposition) & art director Gershon Ginsberg; the effective dreary cinematography created by Javier Aguirresarobe ("The Others", "Talk to Her", & "The Sea Inside"): all make it worth recommending. A nice score by Warren Ellis and Nick Cave complements the visuals.

However, the series of scenes never come together to form a cohesive whole; and Theron is somewhat wasted in the scant flashback scenes that are supposed to signify The Man's sense of longing for a happier time and help to explain why she flew the coop. Although the story does offer some semblance of hope in the end, be prepared for a totally grim experience that, unfortunately, might be closer to reality than we'd like to think.

After the screening, AFI Silver Programmer Lori Donnelly moderated the Q&A with Director Hillcoat who revealed that he got Cormac's manuscript before it was published. He also stated that although Cormac was on set with his son, he never asked to review the script. John noticed that their father and son interraction was source of inspiration for the 2 fictional characters.

Some of John's interesting revelations:
-His directorial style involves giving utmost attention to the details.
-Kodi's 6'6" father was an extra (he played one of the cannibals).
-One of the references he used for the film was the Italian classic "The Bicycle Thief".
-The film presented technical challenges where at times he had to resort to CGI to block the sun, jet streams, birds, & blue sky. 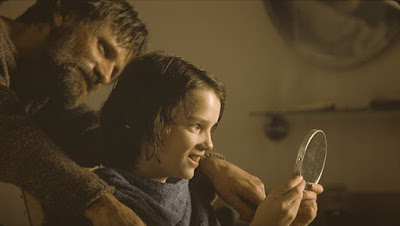 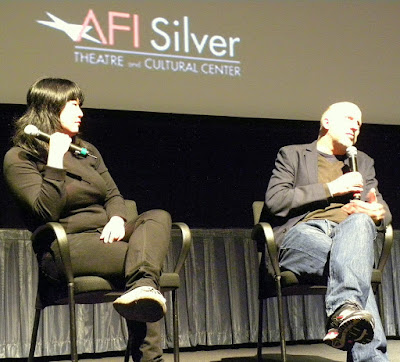 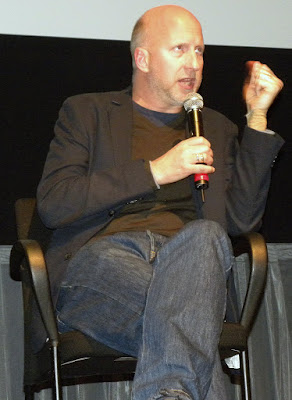