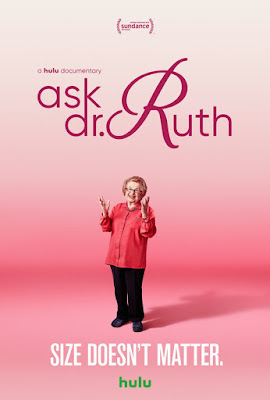 I traveled to DC to the Smithsonian National Museum of American History to screen this gem by director Ryan White (2013's Good 'Ol Freda; 2014's The Case Against 8).  In 1980, a diminutive sex therapist and Holocaust survivor began a 15 minute call-in show called "Sexually Speaking" on New York radio station WYNY-FM that was so controversial, the show was taped on a Thursday night so it could be screened by sensors before airing the following Sunday at midnight.  It didn't take long before Dr. Ruth Westheimer became a cultural icon - appearing on the late-night talk shows of the day, PBS specials, her own daytime show, nighttime drama shows, commercials, and even serving as one of the celebrities on "Hollywood Squares".

White begins the doc with a hilarious opening where the present-day 90-year-old Dr., in her cluttered three-bedroom Washington Heights N.Y. apartment, asks Amazons' smart speaker "Alexa" to find her a boyfriend.  Despite the fact that her earnings over the years would have assuredly entitled her to a more luxurious abode, we learn that Dr. Ruth has occupied the same home for 54 years while raising two children. White sprinkles his documentary early-on with various amusing short clips of her TV career while cutting back and forth to the present-day Westheimer as she meanders about her residence exhibiting surprising humor, spryness and youthfulness.

After about 15 minutes, the director shifts the focus to her amazing life journey.  The director shows a photo of the 4'7" doctor at age 10, which morphs into an animated likeness.  Westheimer was born in Frankfort Germany in 1928 where, at the age of 10, she was placed by her mom on the kindertransport to a Swiss orphanage to save her from almost certain death.  It would be the last time she would see her parents who she later learns perished in a German concentration camp.  She would be the only member of her family to survive the Holocaust.  Her remaining story, partially told with animation beautifully rendered by animator Isaac Rubio and narrated with excerpts from her diary, includes three marriages, a stint as an Israeli sniper, earning a doctorate while continuing to write books and teaching at two universities.

The director employs expert editing by Rejh Cabrera and Helen Kearns with a beautiful complementary score by Blake Neely.  This memorable movie will have you laughing as well as shedding a tear or two throughout.

Ask Dr. Ruth, which I predict could make the Academy Awards nomination short list next year, will have a limited release by Magnolia Pictures and Hulu on May 3. 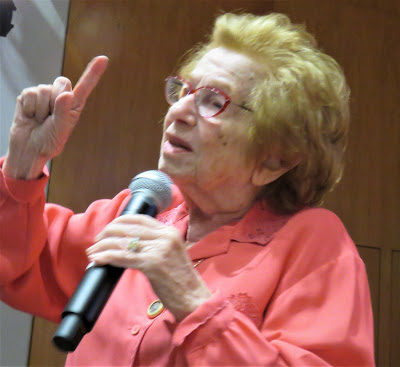 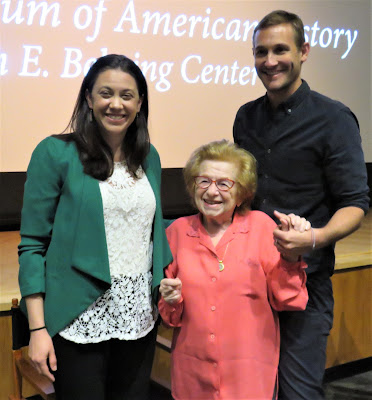