Having obtained my college degree in biology, I've always had a particular interest in science. So, it naturally followed that, hearing the positive buzz of a film about a genetic experiment gone (possibly) wrong interested me to no end. With cloning prominently in the news over the last decade, I thought, YES!, here is a film that will cover all of my cinematic bases: an independent film with quality Hollywood talent about a scientific experiment that could happen in reality. The bottom line for me? Mucho disappointment!

Director Vincenzo Natali made a well received interesting fantasy/sci-fi film, "Cube", in 1998 and recently struck pay dirt with 2007's "Paris, Je T'aime". Here, he's written, along with Antoinette Terry Bryant and Douglas Taylor, a story that never seems to know what it wants to be. What ends up on the screen is a little bit of everything-and ultimately nothing. Does it want to be a horror film, or a commentary on family dynamics? Does it want to comment about corporate vs. individual greed or give us a glimpse on what can go wrong when man tries to become God? Is it a plea for expanded scientific research in genetics or an allegory on human existence? This one is all over the map and the result is a hodge podge that never quite finds a focus.

Geneticists Clive (Academy Award winner Adrien Brody) & his girlfriend Elsa (talented writer/ director/actor Sarah Polley, "Away From Her" ) are unsatisfied working for their genetic research firm (Nucleic Exchange Research and Development or NERD for short), and decide to go rogue with their own genetic experiment to create a hybrid being using human DNA. The resulting creature (they name Dren which is "cleverly" created by spelling backward their employer's acronym) grows up quickly (can you say days?) and is hidden from everyone, at first in the firm's basement, and then in an abandoned barn owned by Elsa's family.

Initially, Dren appears to bond more with Elsa than Clive, who seems intent on ending the experiment as soon as possible. But in an interesting twist, the roles and lines established early on become more and more vague and the action in the last third brings moral and ethical questions into the mix that really come out of left field.

The real gem of this film is the astounding acting done by Delphine Chaneac as the adult Dren which gives this one a half star higher than the 2 star rating it deserves. And, the special effects are top notch, especially for an independent film, making Dren totally believable in every part of her quickly evolving life cycle. However, I found myself chuckling throughout at the dialogue and acting by the 2 main characters who were never quite believable in their roles as scientists.

An interesting concept but a near miss in conception (excuse the pun). 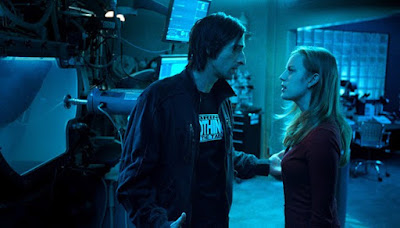 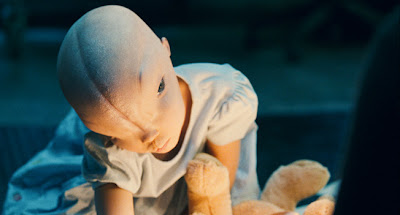