Dutch director Lone Scherfig's two films (2002's "Italian for Beginners" & 2004's "Wilbur Wants to Kill Himself") have both been critically acclaimed. Her third entry even more so. She was the screenwriter for the 2 earlier efforts but now enlists the talents of equally acclaimed Nick Horby who scribed 2000's "High Fidelity" & 2002's "About a Boy". Together, they have produced one of my favorite films of the past year.

The story, based on a memoir by British journalist Lynn Barber, concerns 16 year old Jenny (in a phenomenal debut by Carey Mulligan), a musically talented and academically bright schoolgirl who is on a steady course for "an education" at Oxford. Although this course of action seems more to please her middle class parents (ably played by Alfred Molina and Cara Seymour), she is dutifully following their wishes by excelling in school-all the while dreaming about the exciting possibilities the world can offer besides her current mundane scholastic voyage.

Then, she meets charming, well-to-do, 35ish David (played by the always competent Peter Sarsgaard who hits all the right notes) who one day offers her a ride home while standing on a corner holding her cello in a driving rain. After convincing her that he has no alternative motives (this is taking place in the more trusting times of the early 60's), the die is cast as he slowly and methodically alters her predetermined course from one of unexceptional everyday existence to one of excitement and intrigue-an education of worldly existence.

There are 2 adults in her life, namely her parents, who, like Jenny, also fall for the charms of her suitor and quickly reverse course for their daughter-not recognizing the pitfalls their relationship pose. They see her comfortably taken care of for the rest of her life and begin to dismiss what an education at Oxford might have afforded.

Luckily, there are 2 other adults in Jenny's sphere who see her relationship for what it is and who recognize the talents Jenny is ready to hastily throw away: her English teacher (Olivia Williams) and her headmistress (the great Emma Thompson is a small but effective role) who try to impart to Jenny a different kind of education.

Through most of the film, Alfred Molina comes across as a naive bloke and gives basically a one-note performance. That is, until the end when he confronts his daughter with a brilliantly moving speech that had me moved to tears. And look for last year's Best Actress nominee Sally Hawkins ("Happy Go Lucky") who appears for a very brief pivotal scene near the end.

As pointed out above, the title of the film has multiple connotations. And, even though that, on the surface, this is a story of an older man possibly praying on a teenage girl, don't let that deter you in visiting a film that is brilliant in its writing, acting & execution. I absolutely loved this film! 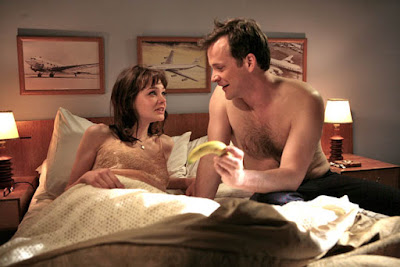 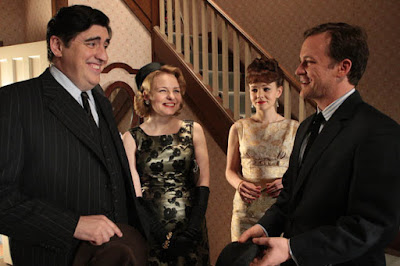